Proclamation Issued by His Holiness the 13th Dalai Lama

Translation of the Tibetan Text

Proclamation issued by H.H. The Dalai Lama XIII, on the eighth day of the first month of the water-ox year (1913)

I, the Dalai Lama, most omniscient possessor of the Buddhist faith, whose title was conferred by the Lord Buddha’s command from the glorious land of India, speak to you as follows:

I am speaking to all classes of Tibetan people. Lord Buddha, from the glorious country of India, prophesied that the reincarnations of Avalokitesvara, through successive rulers from the early religious kings to the present day, would look after the welfare of Tibet.

During the time of Genghis Khan and Altan Khan of the Mongols, the Ming dynasty of the Chinese, and the Ch’ing Dynasty of the Manchus, Tibet and China cooperated on the basis of benefactor and priest relationship. A few years ago, the Chinese authorities in Szechuan and Yunnan endeavored to colonize our territory. They brought large numbers of troops into central Tibet on the pretext of policing the trade marts. I, therefore, left Lhasa with my ministers for the Indo-Tibetan border, hoping to clarify to the Manchu emperor by wire that the existing relationship between Tibet and China had been that of patron and priest and had not been based on the subordination of one to the other. There was no other choice for me but to cross the border, because Chinese troops were following with the intention of taking me alive or dead.

On my arrival in India, I dispatched several telegrams to the Emperor; but his reply to my demands was delayed by corrupt officials at Peking. Meanwhile, the Manchu empire collapsed. The Tibetans were encouraged to expel the Chinese from central Tibet. I, too, returned safely to my rightful and sacred country, and I am now in the course of driving out the remnants of Chinese troops from DoKham in Eastern Tibet. Now, the Chinese intention of colonizing Tibet under the patron-priest relationship has faded like a rainbow in the sky. Having once again achieved for ourselves a period of happiness and peace, I have now allotted to all of you the following duties to be carried out without negligence:

Your duties to the government and to the people will have been achieved when you have executed all that I have said here. This letter must be posted and proclaimed in every district of Tibet, and a copy kept in the records of the offices in every district.

From the Potala Palace.

(Seal of the Dalai Lama) 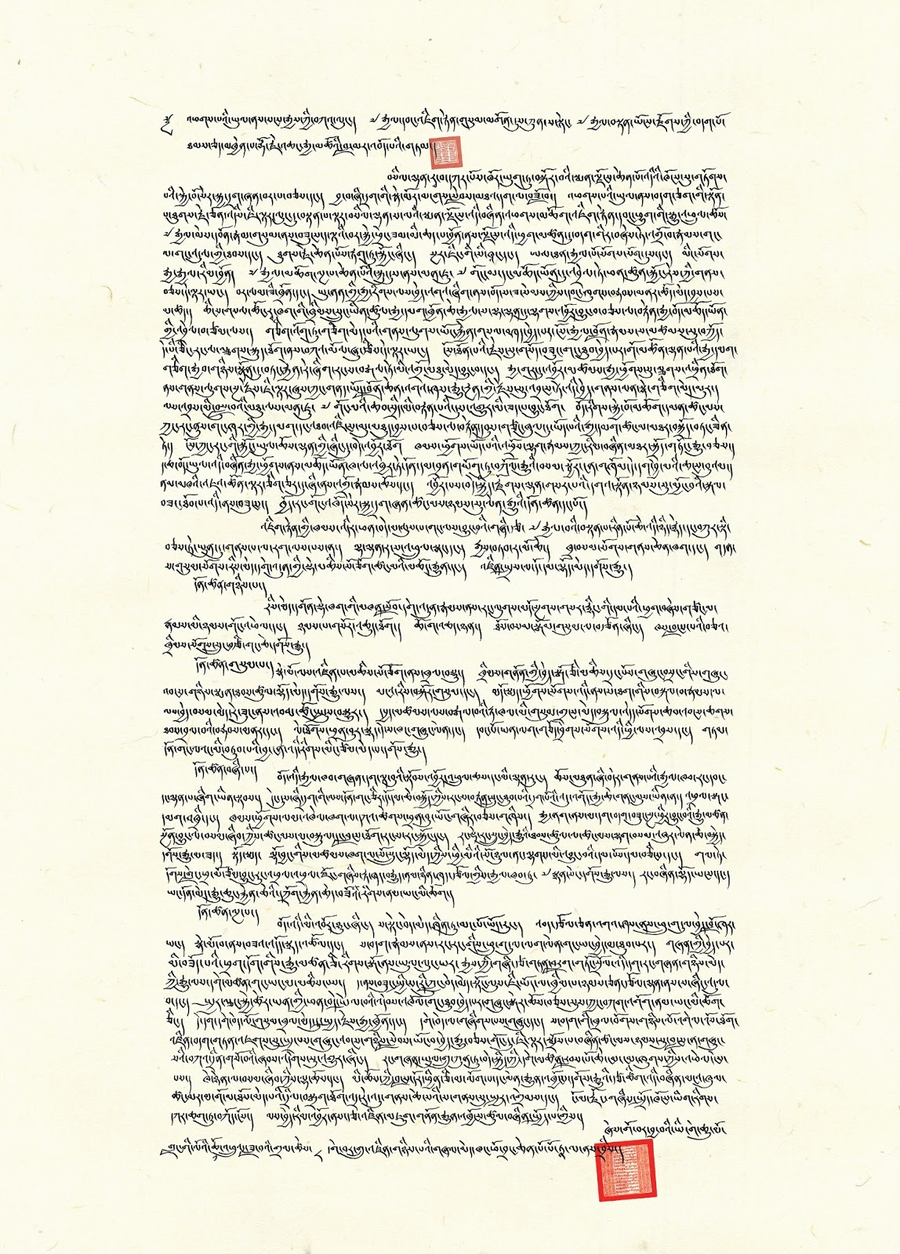